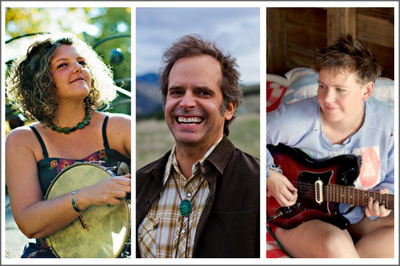 On April 11 Caroline Keys and Gibson Hartwell will present an intimate evening of original music that spans their work together in Stellarondo and The LaneSplitters as well as a sneek peek at Keys' new song cycle that riffs on Justin Timberlake's latest Montana-themed album. You also can expect a pedal steel instrumental or two.

Faith Eliott (who uses the pronouns they/them) is a visual artist and alt-folk musician from Edinburgh, Scotland. They passed through Missoula on tour early last summer, then came back for a visit in October and enjoyed it so much that they never left. Faiths songwriting is centred on the craft of storytelling. They write about personal experiences, interspersed with tales of deep time, giant sea sponges, and soviet space dogs. They released their debut EP on Edinburgh-based label Song, By Toad Records in 2016 and they are currently in the process of recording a full length album. Faith is delighted to be taking part in the Lakebottom Sound Series.