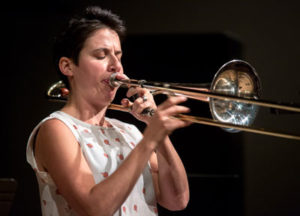 Naomi Moon Siegel and Joshua Farmer will perform in a rare setting as soloists and as a duo playing each other's compositions. Full of interaction, improvisation and play, their synergy is infectious and joyful. Special guests Bethany Joyce, Smai.

Naomi Moon Siegel's lyrical trombone playing is changing the way the trombone is heard and viewed. Fusing folk melodies with fantastical soundscapes and tight grooves, she performs her own style of indie folk/pop/jazz. Her music is introspective and celebratory, intimate and full. In June 2016 she released her debut album Shoebox View, which received widespread acclaim, dubbed as marvelous, captivating & seductive by press outlets such as Downbeat Magazine, Jazziz, and All About Jazz. Performing as a soloist with loops and electronics and with small ensembles, her live performances are mesmerizing and embracing. 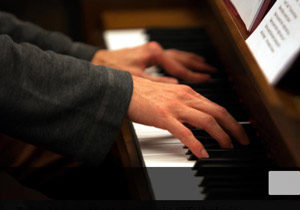 With a message of unity, equality and love for a creative community, Joshua Farmer’s solo project intimately displays his songwriting, keyboard wizardry, and sweet voice. Blending pop, soul, jazz and funk, Joshua draws listeners in with each note.